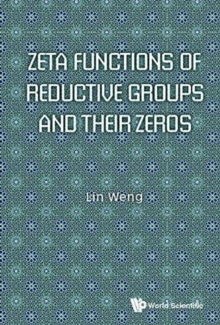 Zeta Functions Of Reductive Groups And Their Zeros Hardback

This book provides a systematic account of several breakthroughs in the modern theory of zeta functions.

Namely, the geometric one, built up from stability of principal lattices and an arithmetic cohomology theory, and the analytic one, from Langlands' theory of Eisenstein systems and some techniques used in trace formula, respectively.

Apparently different, they are unified via a Lafforgue type relation between Arthur's analytic truncations and parabolic reductions of Harder-Narasimhan and Atiyah-Bott.

Dominated by the stability condition and/or the Lie structures embedded in, these zeta functions have a standard form of the functional equation, admit much more refined symmetric structures, and most surprisingly, satisfy a weak Riemann hypothesis.

In addition, two levels of the distributions for their zeros are exposed, i.e. a classical one giving the Dirac symbol, and a secondary one conjecturally related to GUE.This book is written not only for experts, but for graduate students as well.

For example, it offers a summary of basic theories on Eisenstein series and stability of lattices and arithmetic principal torsors.

The second part on rank two zeta functions can be used as an introduction course, containing a Siegel type treatment of cusps and fundamental domains, and an elementary approach to the trace formula involved.

Being in the junctions of several branches and advanced topics of mathematics, these works are very complicated, the results are fundamental, and the theory exposes a fertile area for further research.