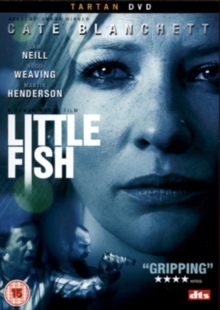 Beset by the complex relationships within her family, her world is thrown into further turmoil by the unexpected return of her ex-boyfriend, Jonny (Dustin Nguyen).The criminal aspirations of her brother, Ray (Martin Henderson), and coping with the attempts of ex-footy star and junkie, Lionel Dawson (Hugo Weaving) to withdraw from his habit, almost prove too much.

Will her dreams be enough to start a new life?