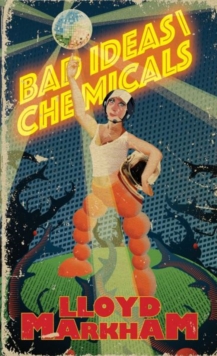 They all long for something more, but are trapped by poverty, disease, and addiction to a unique local drug.Inspired by the author's hometown of Bridgend, Bad Ideas \ Chemicals follows a group of 20-somethings on a bad night out in a depressed, strange little town.

Markham started writing Goregree in his freshman year when Bridgend was in the tabloids for suicides and everyone was telling rotten jokes and a similar vein of gallows humour runs through this nightmarish social satire.One of Goregree's residents, Cassandra Fish believes she is out of this world, wearing her orange film-set spacesuit daily in the hope that her absent parents will return and take her back to her real planet.

While she waits for that particular lunar window to open, she accompanies her friends - frustrated musician Francis, the only open mic player in the town and the laddish, volatile Fox - from bar to nightclub to the absurd dangers and darkness of the forest.As the young residents of the town lurch from one disaster to another, the story of Goregree itself comes into focus - a sad, dreamlike, hostile place, plagued with a mysterious bug infestation and haunted by the memories of a oncepromising future. A cracked, distorted mirror held up to the Western world's many abandoned, alienating towns.In the space of a night, the people of Goregree will drink, dance, take bad chemicals, have bad trips, have bad ideas, and do unthinkable things.