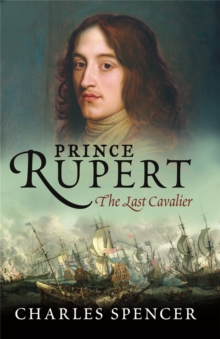 King Charles's Pirate PrinceTo his fellow Royalists, fighting for King Charles I, Prince Rupert of the Rhine was the archetypal 'cavalier'.

Young, handsome, expert horseman, crack pistol shot, his swaggering style irritated the stuffier of the king's courtiers almost as much as the 'Roundheads' they were fighting.

To the parliamentarians, above all Oliver Cromwell, he was the ultimate 'malignant', one of those Royalists who fought on even after Charles was executed in 1649. Rupert commanded the Royalist forces in exile, at one point reduced to little more than pirates before the triumphant restoration of the monarchy in 1660. In Charles Spencer's thoroughly researched account, Prince Rupert is revealed as more than just a great general and dashing cavalier.

He was a scientist and classical scholar too: a true renaissance prince.

From his dramatic childhood escape through the snows of Bohemia to respected older statesman, this is the first comprehensive biography of the greatest cavalier of them all.