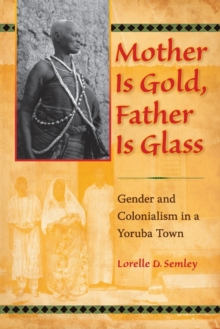 Mother Is Gold, Father Is Glass : Gender and Colonialism in a Yoruba Town Paperback / softback

Lorelle D. Semley explores the historical and political meanings of motherhood in West Africa and beyond, showing that the roles of women were far more complicated than previously thought.

While in Ketu, Benin, Semley discovered that women were treasurers, advisors, ritual specialists, and colonial agents in addition to their more familiar roles as queens, wives, and sisters.

These women with special influence made it difficult for the French and others to enforce an ideal of subordinate women.

As she traces how women gained prominence, Semley makes clear why powerful mother figures still exist in the symbols and rituals of everyday practices. 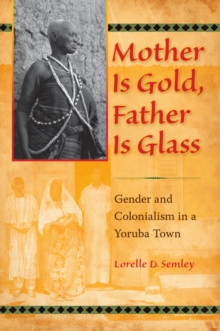 Mother Is Gold, Father Is Glass