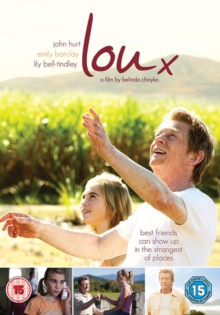 Australian drama in which a man suffering from Alzheimer's strikes up an unusual friendship with an eleven-year-old girl.

Against the backdrop of the New South Wales countryside, Rhia (Emily Barclay) is attempting to raise three young girls on her own after the departure of their father.

She has particular problems with the eldest girl, Lou (Lily Bell Tindley), a precocious child that blames Rhia for her dad's departure.

Driven to the edge by debt collectors, Rhia is forced to take in her father-in-law, Doyle (John Hurt), for the carer income, which only exacerbates Lou's discontent.

Despite his affliction with Alzheimer's, Doyle soon wins Lou over, but there is a complication: in Doyle's deteriorating memory Lou becomes increasingly confused with his dead wife, Annie...