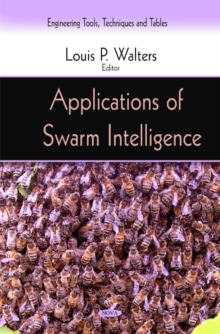 Swarm Intelligence (SI) describes the evolving collective intelligence of population/groups of autonomous agents with a low level of intelligence.

The population of agents interacts with each other or their environment locally using decentralised and self-organisational aspects in their decision making.

SI and related sub-methods that follow its principles are used for problem solving in a variety of areas, such as robotics and forecasting.

Also explored is the application of Particle Swarm Optimization (PSO) methods to inverse heat radiation problems and PSO as a technique in computational electromagnetism problems.