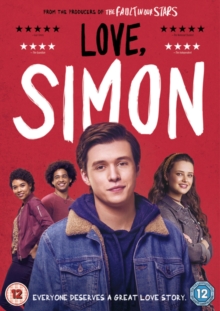 American comedy drama based on the novel 'Simon Vs the Homo Sapiens Agenda' by Becky Albertalli in which a high school student struggles to suppress his hidden sexuality.

When another male student under the alias 'Blue' anonymously confesses that he is gay to the school blog, Simon (Nick Robinson) takes the opportunity to share his concerns around coming out and the two boys bond online over their own secrets.

But when Simon is unknowingly outed to the whole school, he now no longer has to decide when to come out to his friends.

Trying to maintain his teenage life while being open about his identity has him face many tricky situations, alongside navigating the new free world of dating that is now available to him.