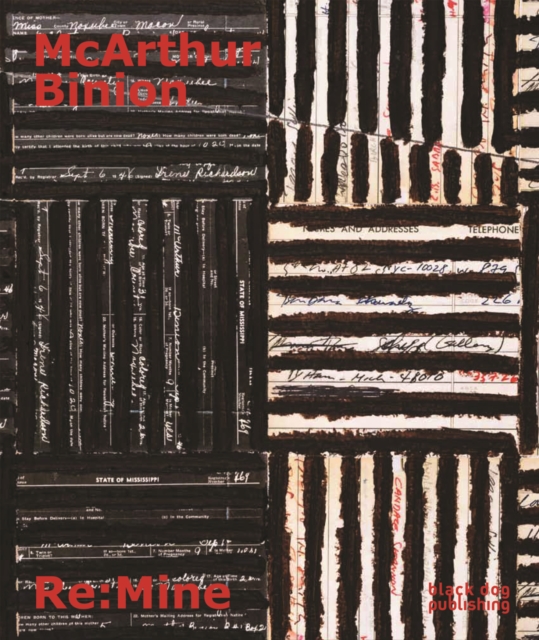 Over his forty-year career, artist McArthur Binion has developed a unique visual language through the fusion of Minimalism and personal narratives.

This monograph, Binion's first, is produced in conjunction with the artist's inaugural solo show at a New York gallery and on the occasion of his exhibition Re:Mine at Galerie Lelong. Included in this catalogue are full-colour reproductions of works in the exhibition, as well as an interview with the artist by Franklin Sirmans, Terri and Michael Smooke Department Head and Curator of Contemporary Art at the Los Angeles County Museum of Art, and an essay by Lowery Stokes Sims, Curator Emerita at the Museum of Arts and Design, New York.

Influenced equally by music, storytelling, and individual history, McArthur Binion has described his approach to painting from the position of a "rural Modernist" and one through which he "bridges the lyricism of colour with a Black rural sensibility". Binion's paintings, predominantly composed of oil paint stick and paper on board, form the nexus of place and history, from Binion's childhood in the South to his time in New York in the early 1970s and his current home of Chicago.

In the exhibition, and as seen in the catalogue, are Binion's recent DNA paintings, which incorporate birth certificates and phone books as personal effects employed as autobiographical, collaged elements.

Born in 1946 in Macon, Mississippi, Binion became the first African American to graduate from the Cranbrook Academy of Art with a Master of Fine Arts.

In 2012, the Contemporary Art Museum, Houston, Texas, hosted a solo show of Binion's work, and he has participated in numerous group exhibitions including Prospect.3 in 2014.

Binion's work is included in multiple museum collections including the Metropolitan Museum of Art.

Binion has taught as a professor of art at Columbia College in Chicago since 1992.