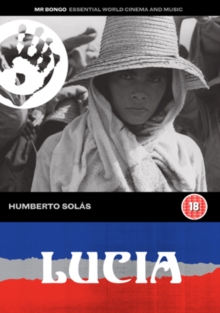 Three-part Cuban film tracing the stories of three women in different periods of Cuban history, all of them called Lucia.

In the first episode, Lucia (Raquel Revuleta) leaves her husband to join the war of independence from Spain in the late 19th century - and soon meets a handsome young revolutionary.

In the second episode, set in the 1930s, Lucia (Eslinda Nunez) is a divorced single mother who becomes involved with overthrowing the corrupt dictator of Cuba.

The third episode takes place in the 1960s, after Castro came to power.

It follows the story of free-spirited Lucia (Adela Legra), who is oppressed by her bullying husband but finally manages to break free of the ties that bind her.