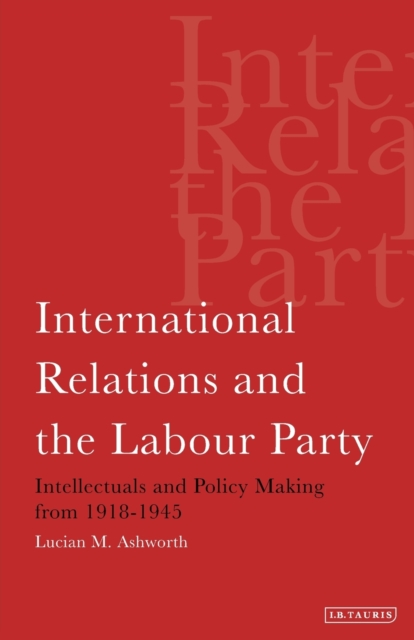 International Relations and the Labour Party : Intellectuals and Policy Making from 1918-1945 Paperback / softback

From 1918 to 1945 the British Labour Party worked closely with some of the most prominent names in international relations (IR) scholarship.

Through such structures as the 'Advisory Committee on International Questions', academic IR specialists were instrumental in the construction of Labour foreign policy, preparing a wealth of memoranda, reports and pamphlets for the Party.

Brailsford, Philip Noel Baker, Norman Angell and David Mitrany - into the context of both the development of Labour's international policy and the evolution of the international environment between the wars.

He demonstrates the inadequacy of the current interpretation within IR of the inter-war period and argues the obsession with the anachronistic division between realism and idealism - terms that had different connotations before World War II - masks both the very different debates that were going on at the time, and the changing international landscape of the inter-war period itself.