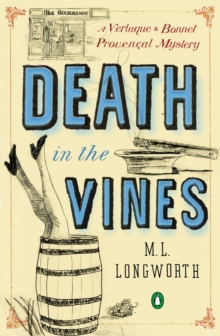 Death In The Vines : A Verlaque and Bonnet Mystery Paperback / softback

When theft escalates to murder at a French vineyard, a crime wave sweeps over the tranquil town of Aix-en-Provence in the third enchanting Verlaque and Bonnet mystery The latest book in the Verlaque & Bonnet Mystery series, The Curse of La Fontaine, is available now from Penguin Books!Winery owner Olivier Bonnard is devastated when he discovers that a priceless cache of rare vintages has veen stolen from his private cellar.

Soon after, Monsieur Gilles d'Arras arrives at Aix-en-Provence's Palais de Justice to report another mysterious disappearance: his wife, Pauline, has vanished from their lavish apartment.

Madame has always been as tough as nails, but in recent weeks she's been wandering around town in her slippers, crying for no reason.

As the mistral arrives to temper the region's late-summer heat, Commissioner Paulik receives an urgent call from Bonnard: he's just found Pauline d'Arras--dead in his vineyard.

Verlaque and Bonnet are once again investigating, in what will prove to be their most complicated case yet.

Fans of Donna Leon and Andrea Camilleri, Francophiles, and foodies alike will adore this captivating whodunit.

In her riveting follow-up to Death at the Chateau Bremont and Murder in the Rue Dumas, M.

L. Longworth masterfully evokes the sights, sounds, and tastes of late-summer Provence, where the mistral blows and death springs up in the most unexpected places. -Judge Antoine Verlaque, the sleuth in this civilized series, discharges his professional duties with discretion.

But we're here to taste the wines. So many bottles, so many lovely views. A reader might be forgiven for feeling woozy.- --The New York Times Book Review 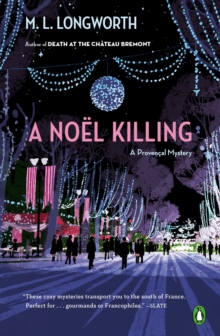 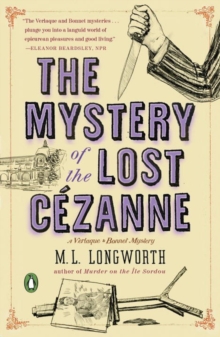 The Mystery Of The Lost Cezanne 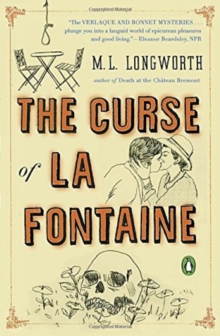 The Curse Of La Fontaine 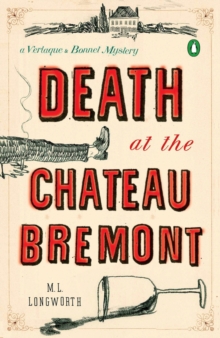 Death At The Chateau Bremont