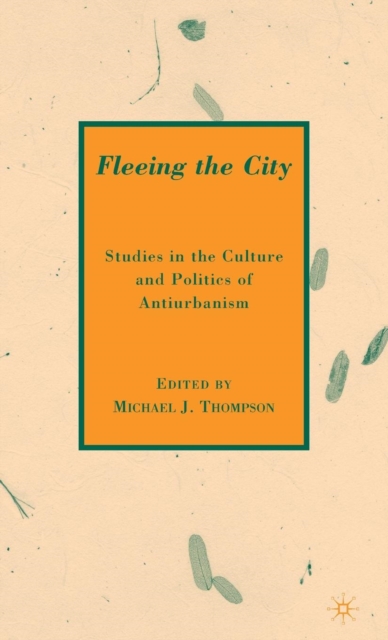 Fleeing the City : Studies in the Culture and Politics of Antiurbanism Hardback

This collection of essays explores the phenomenon of antiurbanism: the antipathy, fear, and hatred of the city.

Antiurbanism has been a pervasive counter-discourse to modernity and urbanization especially since the beginning of industrialism and the dawning of modern life.

Most of the attention on modernity has been focused on urbanization and its consequences.

But as the essays collected here demonstrate, antiurbanism is an equally important reality as it can be seen as playing a crucial role in cultural identity, in the formation of the self within the context of modernity, as well as in the root of many forms of conservative politics and cultural movements.