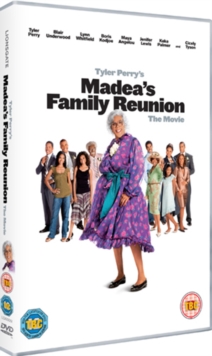 Comedy sequel adapted by Tyler Perry from his own stage play.

Perry reprises his role as flowery-aproned, pistol-packing grandmother Madea, who runs into all kinds of problems while planning a reunion for her severely dysfunctional family.