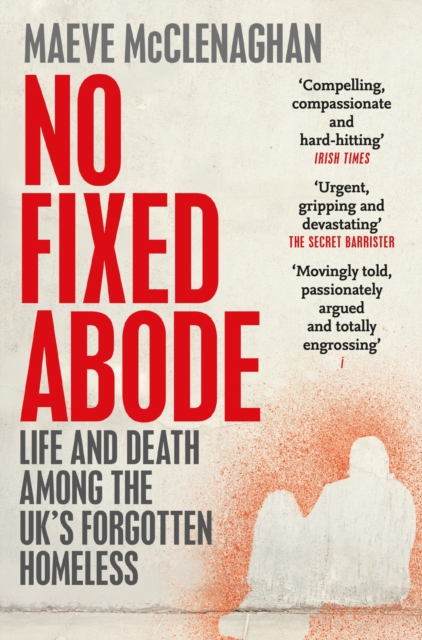 No Fixed Abode : Life and Death Among the UK's Forgotten Homeless Paperback / softback

'A conscience-pricking look at the reality of life on Britain's streets . . . Illuminating, timely and urgent' - Sunday Times'A story that desperately needed to be told' - Michael SheenTony froze to death in the garden of the house he used to own.

Aisha dreams of becoming a nurse, but spends night after night seeking a place to sleep.

Jon is an expert at squatting, using his skills to keep others off the street.

Jim turned a bus he bought on eBay into a portable shelter.

David was a homeless army veteran on the verge of taking his own life when he was saved by Gavin's kindness, now he's a successful artist and activist. Maeve McClenaghan has spent years investigating the crisis on Britain's streets.

These are only some of the stories of struggle, loss, survival and courage she has heard.

No Fixed Abode will change how you think about homelessness and show you that this crisis is not impossible to solve. This paperback edition includes a new preface covering the impact of Covid-19. 'A much-needed antidote to the apathy that can often surround homelessness.

It is movingly told, passionately argued and totally engrossing' - i