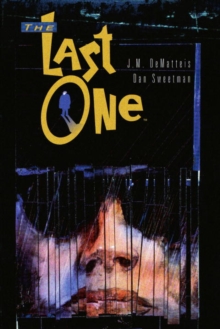 The Last One Hardback

What if you couldn't die? The sole survivor of an ancient race of immortals, the being called Myrwann has nothing but time.

Throughout history, as nations rose and fell, as humans waged war, waged peace, wrote poetry and touched the stars, Myrwann lived outside them and beside them, sometimes as woman, sometimes as man.

Now, old beyond imagining, tired beyond words, The Last One nurtures the failed and broken souls of New York City's East Village-even as his own heart cries out for the release of death. Writer J.M. DeMatteis and illustrator Dan Sweetman weave a tale that sweeps the reader from a long-ago Golden Age to the New York of today, from ancient India to Hollywood in the 1920s.

A story of suffering and compassion, lost faith and regained hope, The Last One is a unique journey through the depths of the human heart and the heights of the human spirit.