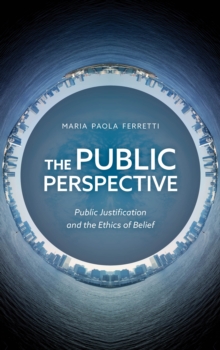 The Public Perspective : Public Justification and the Ethics of Belief Hardback

Public debates in our societies are marked by appeals to tradition, religion and even manipulative uses of 'post-truth'.

This book argues that the antidote to such tendencies can only be public reasoning.

We can find the resources to build what I call the public perspective if we make two commitments: to respect people as free autonomous agents and to endorse a shared ethics of beliefs.

An ethics of belief is a set of epistemic and moral rules that inform the beliefs that we bring to the public forum and make possible discussion and confrontation on a terrain that is adequately public.

The epistemological aspects cannot be severed from the political commitments that motivate public justification in the first place.

An ethics of belief shields us against two temptations: on the one hand, to abandon reason and claim that all sorts of beliefs and opinion should weigh into public reasoning; or, on the other, to appeal to objective reasons only, independently of whether people recognise them as such or not. 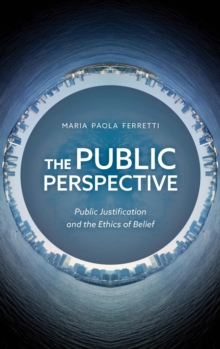