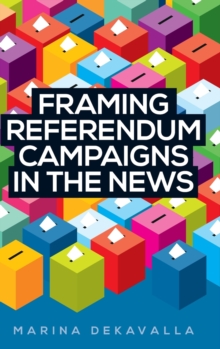 This book discusses the framing of referendum campaigns in the news media, focusing particularly on the case of the 2014 Scottish independence referendum.

Using a comprehensive content analysis of print and broadcast coverage as well as in-depth interviews with broadcast journalists and their sources during this campaign, it provides an account of how journalists construct the frames that define their coverage of contested political campaigns.

It views the mediation process from the perspective of those who participate directly in it, namely journalists and political communicators.

It puts forward an original theoretical model to account for frame building in the context of referendums in Western media systems, using insights from this and from other cases.

The book makes an original contribution to the study of media frames during referendums and is key reading for scholars and students interested in journalism, the processes of political communication and the mediation of politics. -- . 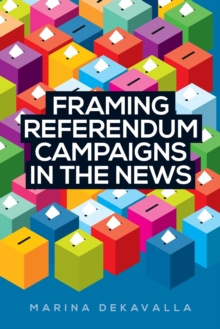 Framing Referendum Campaigns in the News 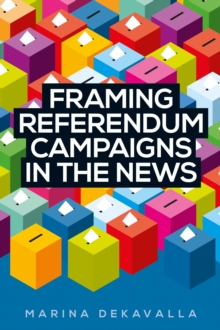 Framing referendum campaigns in the news