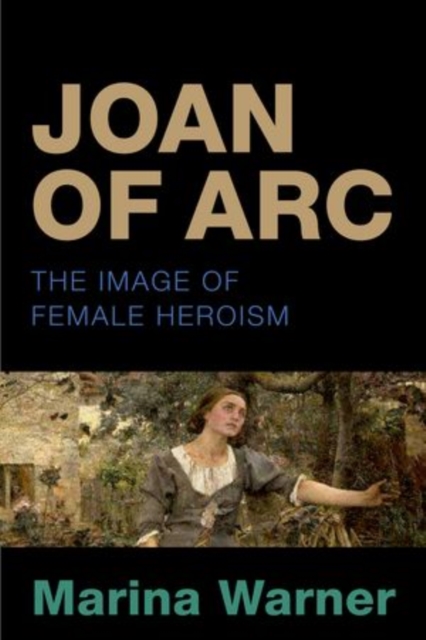 Joan of Arc : The Image of Female Heroism Paperback / softback

The fame of Joan of Arc began in her lifetime and, though it has dipped a little now and then, she has never vanished from view.

Her image acts as a seismograph for the shifts and settlings of personal and political ideals: Joan of Arc is the heroine every movement has wanted as their figurehead.

In France, anti-semitic, xenophobic, extreme right parties have claimed her since the Action Francaise in the 19th century.

By contrast, Socialists, feminists, andliberal Catholics rallied to her as the champion of the dispossessed and the wrongly accused.

Joan of Arc has also played a crucial role in changing visions of female heroism.

She has proved an inexhaustible source of inspiration for writers, playwrights, film-makers, performers, and composers.

In asingle, brief life, several of the essential mythopoiec characteristics that throughout history have defined the charismatic leader and saint are powerfully and intensely condensed.

Even while Joan of Arc was still alive, but far more so after her death, the heroic part of her story sparked narratives of all kinds, in pictures, ballads, plays, and also satires.

This was only heightened in 1841-9 by the publication of the Inquisition trial which had examined Joan for witchcraft and heresy.

Thetranscript of the interrogations gives us the voice of this young woman across the centuries with almost unbearable immediacy; her spirit leaps from the page, uncompromising in its frankness, good sense, courage, and often breathtaking in its simple effectiveness.

Joan of Arc into one of the mostfully and vividly present personalities in history, about whom a great more is known, in her own words and at first hand, than is, for example, about Shakespeare.

However, this has not stopped the flow of fictions and fantasies about her.

Marina Warner analyses the symbolism of the Maid in her own time and in her rich afterlife in popular culture.

The cultural expressions are part of an ongoing historical struggle to own the symbol - you could say, the brand.

In a new preface to her study,Marina Warner takes stock of the continuing contention, in politics and culture, for this powerful symbol of virtue.

Joan of Arc's multiple resurrections and transformations show how vigorous the need for figures like her remains, and how crucial it is to meet that need with thoughtfulness.

She arguesthat abandoning the search to identify heroes and define them, out of a kind of high-minded distaste for propaganda, lets dangerous political factions manipulate them to their own ends.

When Marine Le Pen calls on Joan of Arc's name, she needs to be confronted about her bad faith and her abuse of history.