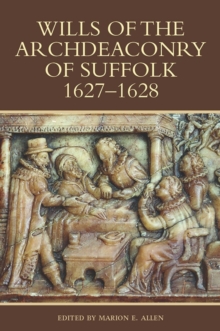 With the publication of this volume the Suffolk Records Society completes the coverage of wills of the 1620s and 1630s, two decades of great interest to those who study trans-Atlantic migration from eastern England and the foundation of the godly republic of New England.

Written soon after the accession of Charles I and at a time of mounting political and religious tension, they offer a mine of personal, social and economic information. The book contains abstracts of 286 wills proved in the court of the archdeacon of Suffolk in the years 1627 and 1628.

This court was the place to prove the third and humblest category of wills of testators whose real estate was situated in only one parish.

The court's jurisdiction covered the eastern half of the county, an extensive and rich area of farming and industrial parishes, market towns, coastal ports and the large town of Ipswich.

The varied economy of the region is well illustrated by the impressive range of occupations pursued by testators. The wills have been fully abstracted, preserving their introductory religious clauses and the flavour of the original language, but cutting or condensing certain repetitive words and phrases.

The contents have been extensively indexed by testator, other people mentioned (mainly legatees and witnesses), occupation, place and subject. Marion Allen gained an MA from the University of Wales for a study of Aldeburgh between 1547 and 1660.

She was formerly assistant archivist at the then Ipswich and East Suffolk Record Office.

The Crown Pleas of the Suffolk Eyre of 1240 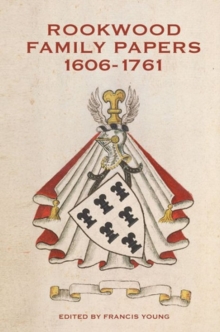 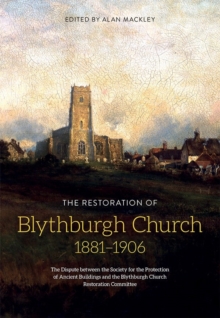