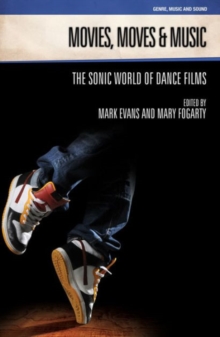 Over the last 40 years, while the musical film has faded from its historical high-point to a more isolated and quirky phenomenon, the dance film has displayed refulgent growth and surprising resilience.

This modern genre has influenced cinema as a whole in the ways bodies are made dimensional, in the way rhythm and energy are communicated, and in the filmic capacity to create narrative worlds without words.

Emerging as a distinct (sub)genre in the 1970s, dance film has been crafting its own meta-narrative and aesthetic paradigms that, nonetheless, display extraordinary variety.

Ranging from the experimental, 'you are there' sonic explorations of Robert Altman's The Company and the brutal energy of David La Chappelle's Rize to the lighter 'backstage musical' form displayed in Centre Stage and Save the Last Dance, this genre has garnered both commercial and artistic success.Meanwhile, Bollywood has become a juggernaut, creating transportable memory for diasporic Indian communities across the world. This is an entire industry based on the 'dance number', where films are pitched around the choreography, where the actors are not expected to sing, but they must dance.

This series of essays investigates the relationship between movement and sound as it is revealed, manipulated and crafted in the dance film genre.

It considers the role of all aspects of sound in the dance film, including the dancer generated sounds inherent in Tap, Flamenco, Irish Dance and Krumping.

Drawing on significant post-War dance films from around world, Movies, Moves and Music comprehensively surveys this mainstream genre, where image and sound meet in a crucial symbiosis.