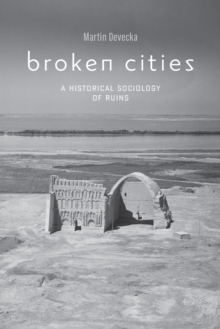 A comparative study of cities that fell into ruin through human involvement. We have been taught to think of ruins as historical artifacts, relegated to the past by a catastrophic event.

Instead, Martin Devecka argues that we should see them as processes taking place over a long present.

In Broken Cities, Devecka offers a wide-ranging comparative study of ruination, the process by which monuments, architectural sites, and urban centers decay into ruin over time.

Drawing on literature, legal texts, epigraphic evidence, and the narratives embodied in monuments and painting, Broken Cities is an expansive and nuanced study that holds great significance for the field of historiography.