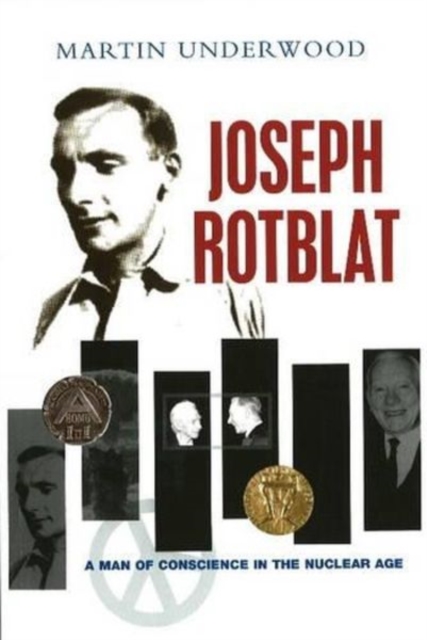 Joseph Rotblat : A Man of Conscience in the Nuclear Age Paperback / softback

Professor Sir Joseph Rotblat was a distinguished scientist who made a significant contribution to nuclear physics, worked on the development of the atomic bomb (he was the only person to leave the Manhattan Project), and was suspected of being a Soviet spy.

After Hiroshima and Nagasaki he became a peace campaigner and dedicated himself to the medical uses of nuclear physics and radiation.

He took up the post of Professor of Physics (as applied to medicine) at St.

Bartholomews Medical College and made major contributions to this field, becoming one of the worlds leading researchers into the biological effects of radiation.

His life from the early 1950s until his death in August 2005 was devoted to the abolition of nuclear weapons and the promotion of world peace.

His work ranked with that of Albert Einstein and Bertrand Russell.

He helped found The Pugwash Conferences on Science and World Affairs, and together with Pugwash he was awarded the Nobel Peace Prize in 1995.

Rotblat promoted dialogue between Soviet and Western scientists during the Cold War, initiated discussions to end the Vietnam War, and was instrumental in bringing about a partial nuclear weapons test-ban treaty. Martin Underwood worked with Sir Joseph, and takes the opportunity to describe his personal background and circumstances, summarise his life, achievements and contribution to mankind, and outline his views on the moral responsibilities of the scientist.

This book will appeal to all those interested in the development of nuclear weapons, the growth of the anti-nuclear movement, and the peaceful uses of radioactivity.