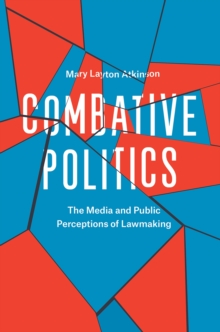 From the Affordable Care Act to No Child Left Behind, politicians often face a puzzling problem: although most Americans support the aims and key provisions of these policies, they oppose the bills themselves.

How can this be? Why does the American public so often reject policies that seem to offer them exactly what they want?

By the time a bill is pushed through Congress or ultimately defeated, we've often been exposed to weeks, months even years of media coverage that underscores the unpopular process of policymaking, and Mary Layton Atkinson argues that this leads us to reject the bill itself.

Contrary to many Americans' understandings of the policymaking process, the best answer to a complex problem is rarely self-evident, and politicians must weigh many potential options, each with merits and drawbacks.

As the public awaits a resolution, the news media tend to focus not on the substance of the debate but on descriptions of partisan combat.

This coverage leads the public to believe everyone in Washington has lost sight of the problem altogether and is merely pursuing policies designed for individual political gain. Politicians in turn exacerbate the problem when they focus their objections to proposed policies on the lawmaking process, claiming, for example, that a bill is being pushed through Congress with maneuvers designed to limit minority party input.

These negative portrayals become linked in many people's minds with the policy itself, leading to backlash against bills that may otherwise be seen as widely beneficial.

Atkinson argues that journalists and educators can make changes to help inoculate Americans against the idea that debate always signifies dysfunction in the government.

Journalists should strive to better connect information about policy provisions to the problems they are designed to ameliorate.

Educators should stress that although debate sometimes serves political interests, it also offers citizens a window onto the lawmaking process that can help them evaluate the work their government is doing. 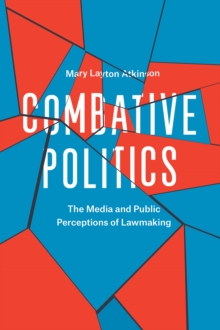