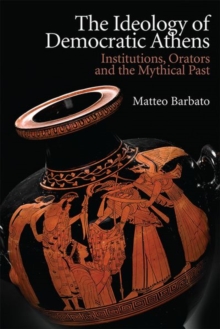 The Ideology of Democratic Athens : Institutions, Orators and the Mythical Past Hardback

A Marxist tradition views ideology as a cover-up for Athens' internal divisions.

Another tradition, sometimes referred to as culturalist, interprets it neutrally as the fixed set of ideas shared by the members of the Athenian community.

Analysing four different myths from the perspective of the New Institutionalism, he demonstrates that Athenian democratic ideology was a fluid set of ideas, values and beliefs shared by the Athenians as a result of a constant ideological practice influenced by the institutions of the democracy.

He shows that this process entailed the active participation of both the mass and the elite and enabled the Athenians to produce multiple and compatible ideas about their community and its mythical past. 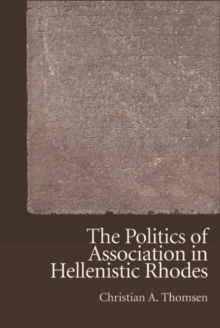 The Ideology of Democratic Athens