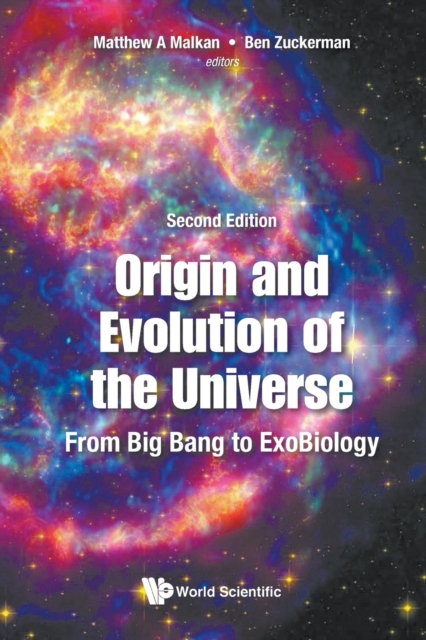 Origin And Evolution Of The Universe: From Big Bang To Exobiology Paperback / softback

'This book presents a clear, highly readable view of science's best understanding of how things in the Universe came to be the way they are.

Each chapter is written by a leading expert in that sub-field.

Together they cover nearly all major advances made in the past century, in fields from cosmology to exobiology.'Joseph H Taylor Jr.Nobel Laureate in Physics, 1993'An exhilarating tour of the Universe from true experts.

For those who thirst to know how we know what we know about our place in the Universe, reading this book will be a richly rewarding experience.'Adam G RiessNobel Laureate in Physics, 2011'These are fascinating essays about the nature of the world around us by people who write well and understand what they are writing about.'P James E PeeblesNobel Laureate in Physics, 2019The book provides a broad overview of what we currently know about the Origin and Evolution of the Universe.

The goal is to be scientifically comprehensive but concise.

We trace the origins from the Big Bang and cosmic expansion, to the formation of galaxies, heavy elements, stars and planets as abodes for life.

This field has made stunning progress since the first edition of this book.

At that time, there were no known planets outside of our own Solar System (compared with the many thousands currently being studied).

The origin of massive black holes was pure speculation (compared with the very recent detection of the first gravitational waves from space, produced by the cataclysmic merger of two surprisingly large black holes). And the most important energy in the Universe, now known as the Dark Energy which is accelerating the expansion, had not been discovered. We aim to bring lay readers with an interest in science 'up to speed' on all of these key discoveries that are part of the panorama of cosmic evolution, which has ultimately lead to our existence on Earth.Related Link(s)