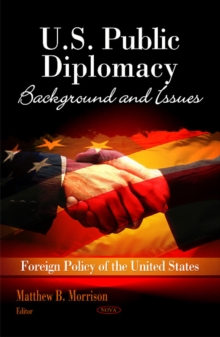 Edited by Matthew B Morrison

Public diplomacy is defined in different ways, but broadly it is a term used to describe a government's efforts to conduct foreign policy and promote national interests through direct outreach and communication with the population of a foreign country.

The U.S. has long sought to influence the peoples of foreign countries through public diplomacy.

After the 9/11 terror attacks, there was a new interest in promoting effective public diplomacy, as a struggle against extremist ideologies became crucial to the overall fight against terrorism.