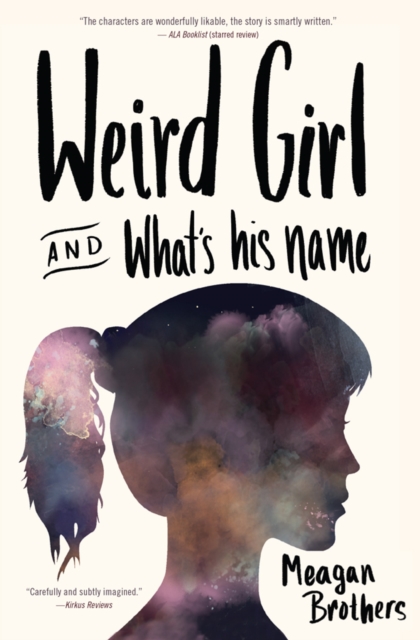 Kirkus Reviews Best Teen Books 2015! In the podunk town of Hawthorne, North Carolina, seventeen-year-old geeks Lula and Rory share everything--sci-fi and fantasy fandom, Friday night binge-watching of old X-Files episodes, and that feeling that they don't quite fit in.

Lula knows she and Rory have no secrets from each other; after all, he came out to her years ago, and she's shared with him her "sacred texts"--the acting books her mother left behind after she walked out of Lula's life.

But then Lula discovers that Rory--her Rory, who maybe she's secretly had feelings for--has not only tried out for the Hawthorne football team without telling her, but has also been having an affair with his middle-aged divorcee boss.

With their friendship disrupted, Lula begins to question her identity and her own sexual orientation, and she runs away in the middle of the night on a journey to find her mother, who she hopes will have all the answers.

Meagan Brother's piercing prose in this fresh LGBT YA novel speaks to anyone who has ever felt unwanted and alone, and who struggles to find their place in an isolating world.