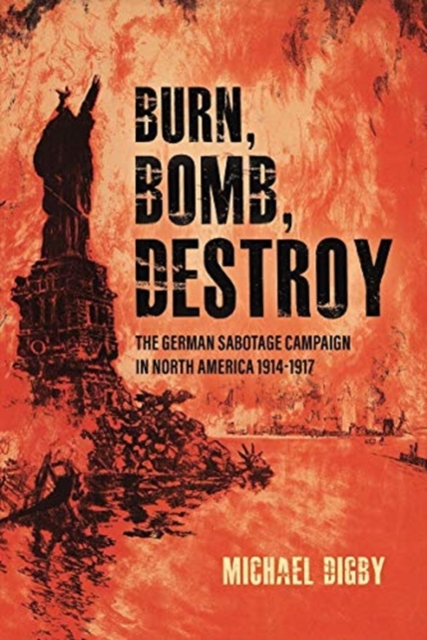 Many believe that World War I was only fought "over there," as the popular 1917 song goes, in the trenches and muddy battlefields of Northern France and Belgium - they are wrong. There was a secret war fought in America; on remote railway bridges and waterways linking the United States and Canada, aboard burning and exploding ships in the Atlantic Ocean, in the smoldering ruins of America's bombed and burned-out factories, munitions plants and railway centers and waged in carefully disguised clandestine workshops where improvised explosive devices and deadly toxins were designed and manufactured.

It was irregular warfare on a scale that caught the United States woefully unprepared. This is the true story of German secret agents engaged in a campaign of subversion and terror on the American homeland before and during World War I.