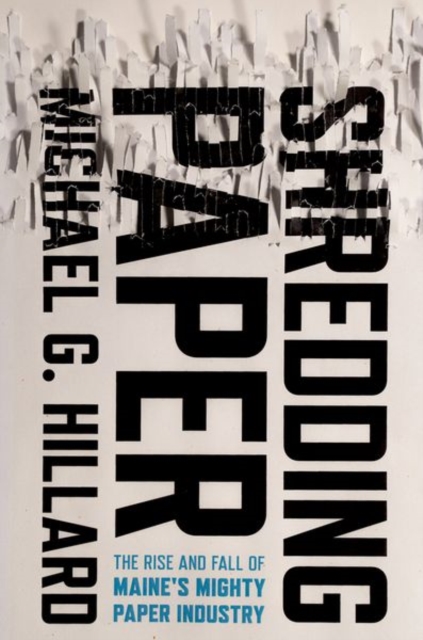 From the early twentieth century until the 1960s, Maine led the nation in paper production.

The state could have earned a reputation as the Detroit of paper production, however, the industry eventually slid toward failure.

What happened? Shredding Paper unwraps the changing US political economy since 1960, uncovers how the paper industry defined and interacted with labor relations, and peels away the layers of history that encompassed the rise and fall of Maine's mighty paper industry.

For a century, the story of the nation's most widely read glossy magazines and card stock was one of capitalism, work, accommodation, and struggle.

Hillard examines the many contributing factors surrounding how Maine became a paper powerhouse and then shows how it lost that position to changing times and foreign interests. Through a retelling of labor relations and worker experiences from the late nineteenth century up until the late 1990s, Hillard highlights how national conglomerates began absorbing family-owned companies over time, which were subject to Wall Street demands for greater short-term profits after 1980.

Shredding Paper truthfully and transparently tells the great and grim story of blue-collar workers and their families and analyzes how paper workers formulated a "folk" version of capitalism's history in their industry.

Ultimately, Hillard offers a telling example of the demise of big industry in the United States.