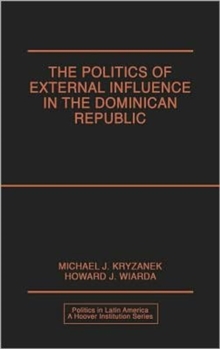 The Politics of External Influence in the Dominican Republic Hardback

It is to be hoped that this analysis of the Dominican situation by two persons who have given it much attention, . . . will help the understanding of deep problems of the Republic to which the American government may, in its wisdom, address itself. Robert Wesson, Series Editor . . . Wiarda and Kryzanek have written a splended overview that meets a major need in the literature.

Recommended for upper-division undergraduate students and general readers. ChoiceAlthough not usually considered one of the major players in Wetern hemispheric affairs, the Dominican Republic offers the student and professional interested in Latin America a nearby laboratory in which to study the effects of dictatorship, economic intervention, and revolutionary change.

The Dominican Republic is also at the center of North-South, East-West currents swirling through the Caribbean Basin.

This comprehensive study interweaves the complex interrelations between the international scene and the internal character and development of Dominican national life. 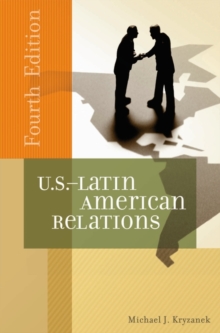