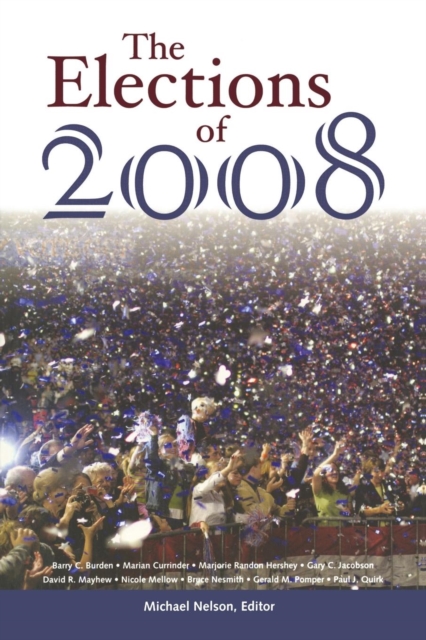 The Elections of 2008 Paperback / softback

President Obama comes into office on a wave of history&BAD:mdash;the first African-American President, recipient of more votes than any other candidate in American history, and among the youngest to hold the office.

His election is the extraordinary final act of a dramatic election season, which saw Democrats further strengthen their majorities in Congress and the conventional wisdom turned on its ear more than once.No other single volume can expose your students to the depth of analysis and expertise provided by The Elections of 2008&BAD:rsquo;s impressive list of contributors.

Available mere months after November 4, this volume provides an insightful look at the contests, their outcomes, and their implications for the future, with an eye to their historic nature.

Chapter authors capture the drama as well as assess the importance of particular races&BAD:mdash;all the while analyzing the larger trends and effects of the election results.