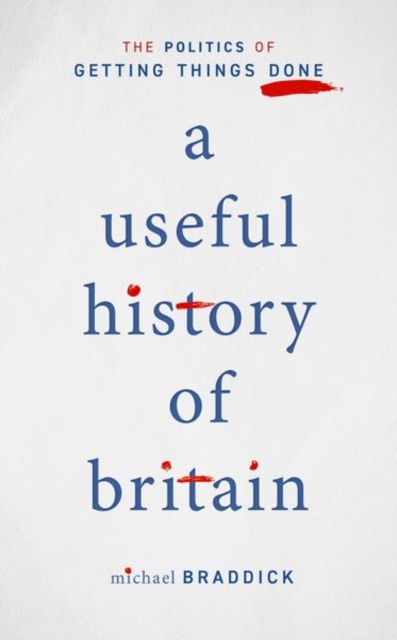 A Useful History of Britain : The Politics of Getting Things Done Hardback

by Michael (Professor of History, University of Sheffield) Braddick

The United Kingdom has not yet lasted as long as the Kingdom of Wessex, and may not do so.

Conventional histories of Britain, though, tell the story of the origins of the UK as if that was the natural endpoint of political development on the island.

Here, Michael Braddick sets out to do something else-to ask how people in the past used political power to get things done. Offering a concise thematic overview, it shows how history can speak directly to current political debates.

Many people feel that national governments are irrelevant to their lives and that the problems we now face are beyond our control-climate change, disease and global economic regulation for example.

But much of this is not new. The ideas and challenges driving political life have always affected larger parts of the globe: British experience has always been part of a shared and parallelglobal history, often directly linked by institutions reaching well beyond the island.

On the other hand, throughout the last 6000 years people have acted at smaller scales too. What we really have in common with previous inhabitants of this island is the ambition to use political power to get things done, not a shared destiny culminating in government based in Westminster. This book sets out to learn more broadly from their experience, giving us a much fuller perspective on where we are now.

Just as importantly, it gives us more resources for thinking about what we might do next.