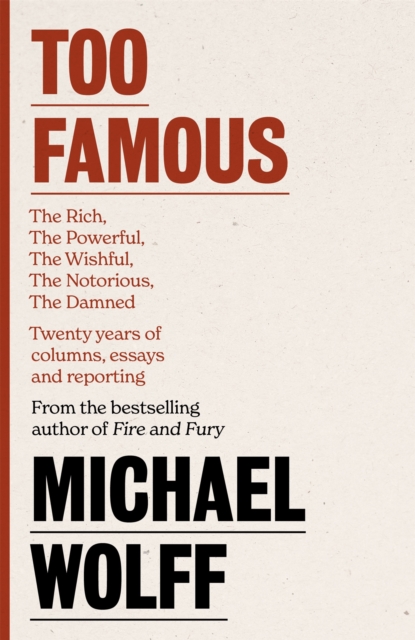 Too Famous : The Rich, The Powerful, The Wishful, The Damned, The Notorious - Twenty Years of Columns, Essays and Reporting Hardback

Barbed, witty, revealing and entertaining, Too Famous could be an instant classic. Bestselling author of Fire and Fury, Siege and Landslide and chronicler of the Trump White House Michael Wolff dissects more of the major monsters, media moguls and vainglorious figures of our time.

His scalpel opens their lives, careers and always equivocal endgames with the same vividness and wit he brought to his evisceration of the former president.

These brilliant and biting profiles form a mesmerising portrait of the hubris, overreach and periodic self-destruction of some of the most famous faces of the last twenty years. This collection draws on new and unpublished work - recent reporting about Jared Kushner, Harvey Weinstein and Jeffrey Epstein - and decades of coverage of the most notable figures of the time - among them Hillary Clinton, Michael Bloomberg, Andrew Cuomo, Rudy Giuliani, Alan Rusbridger, Arianna Huffington, Piers Morgan, Boris Johnson and Rupert Murdoch - to create a lasting statement on the corrosive influence of being in the public eye. Ultimately, Too Famous is an examination of how the quest for fame and power became the driving force of culture and politics and the drug that alters all public personalities. And how the need, the desperation, the ruthlessness demanded to fulfil that quest became the toxic grease that keeps the world spinning.

You know the people here by name and reputation, but it's guaranteed that after this book you will never see them the same way again. Or fail to recognise the scorched earth the famous leave behind them. 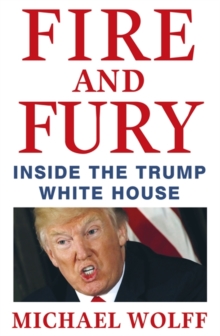 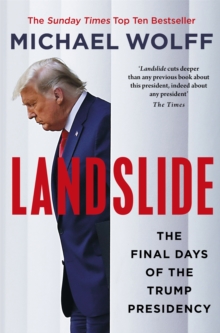 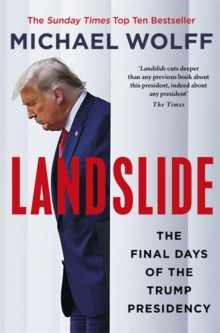 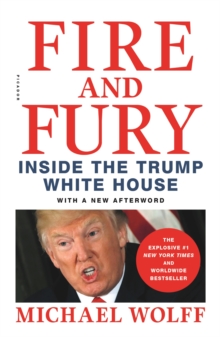