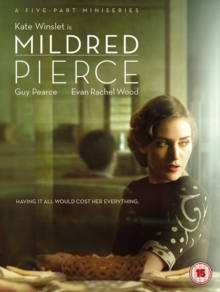 Kate Winslet stars as the title character in this five-part drama mini-series adapted from the 1941 novel by James M.

O'Byrne). To keep house and support her daughters she is forced to find work and, despite there being few job opportunities, she manages to get a position as a waitress.

Mildred's eldest daughter, Veda (Morgan Turner/Evan Rachel Wood), who is used to her middle-class upbringing, disapproves of her mother's job.

In an effort to make a better life for herself, Mildred opens up her own restaurant, embarks on a new relationship with wealthy playboy Monty (Guy Pearce) and tries to win Veda's affections.