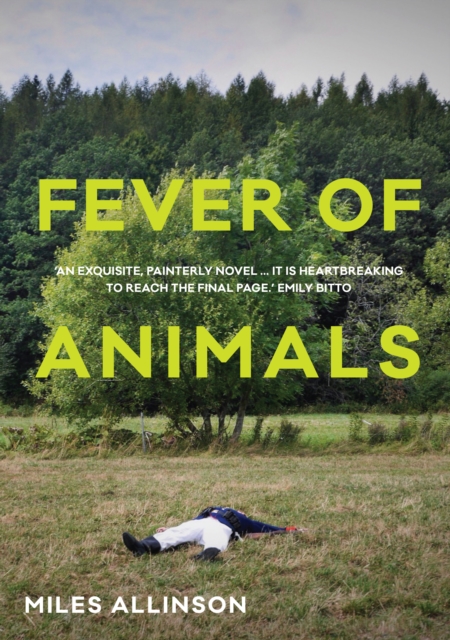 But this is probably not going to be the book I imagined.

Nothing has quite worked out the way I planned. With the small inheritance he received upon his father's death, Miles has come to Europe on the trail of the Romanian surrealist, who disappeared into a forest in 1967.

But in trying to unravel the mystery of Bafdescu's secret life, Miles must also reckon with his own. Faced with a language and a landscape that remain stubbornly out of reach, and condemned to wait for someone who may never arrive, Miles is haunted by thoughts of his ex-girlfriend, Alice, and the trip they took to Venice that ended their relationship. Uncanny, occasionally absurd, and utterly original, Fever of Animals is a beautifully written meditation on art and grief. PRAISE FOR MILES ALLINSON'Allinson is unashamedly a serious writer, in the mould of dark luminaries like Roberto Bolano, Thomas Bernhard, Robert Walser, and perhaps W.G.

Sebald ... Fever of Animals takes itself seriously, like good art should do ... and it takes you seriously. All it asks is that you take it seriously back, and to do so is pleasurable and challenging and nourishingly sad.' Readings Monthly'The play between truth and fiction, between the writing self and the self written, is one of the great pleasures of Fever of Animals ... audacious, clever, and original' Australian Book Review