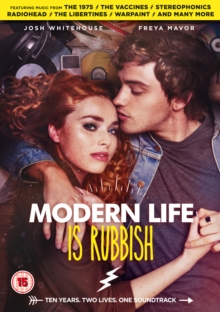 The film follows Natalie (Freya Mavor) and Liam (Josh Whitehouse), a young couple facing some big decisions as relationship troubles come to a head after ten years spent together.

Deciding that it might be best to separate, the pair decide to split up and move on.

However, their shared love of music soon makes them doubt their choice.