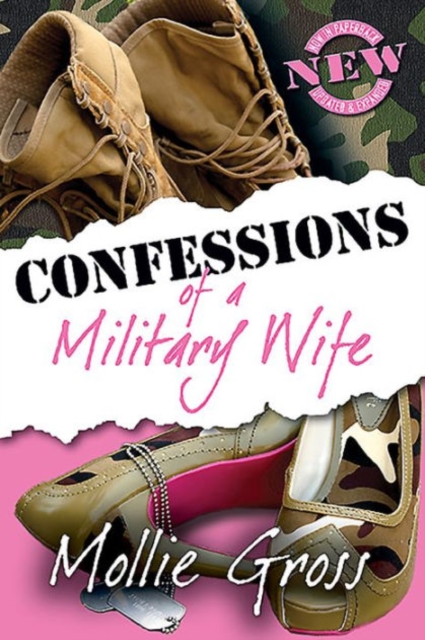 I remember when I hit rock bottom. There I was with no make-up on, hadn't showered, eating raw cookie dough out of the tube, hitting on the toothless bagger at the commissary, and ordering jewelry off the TV. And that was just my first day!Now in paperback, Confessions of a Military Wife is an honest, witty, and often hilarious look at the life of the new generation military wife.

Mollie Gross learned the hard way to laugh instead of cry at what she could not control as a military spouse-and as she quickly discovered, nearly everything was out of her control!A standup comedienne, public speaker, and wife of a Marine Corps officer, Mollie explores everything about the"issued" spouse, from deployment and the stress of having a husband in a combat zone, to the realization that marriage changes when your husband returns home from war.

Nothing is taboo or out-of-bounds in Confessions, including the "parties" military wives throw for themselves before hubby returns. (You'll have to read the book to find out about those!)More than one million American servicemen have deployed to war over the last few years, which means the lives and lifestyles of military wives are now front and center in the public's curiosity.

The answers will surprise (and in some cases, shock) you.

Confessions teaches all women, whether civilian or military, that they can learn to find the funny side of anything by embracing the situation and changing their perspective. And now they can do so with humor and levity, and a little wisdom. Evocative and provocative, Confessions of a Military Wife is a can't-put-down book that will leave you laughing and crying at the same time.