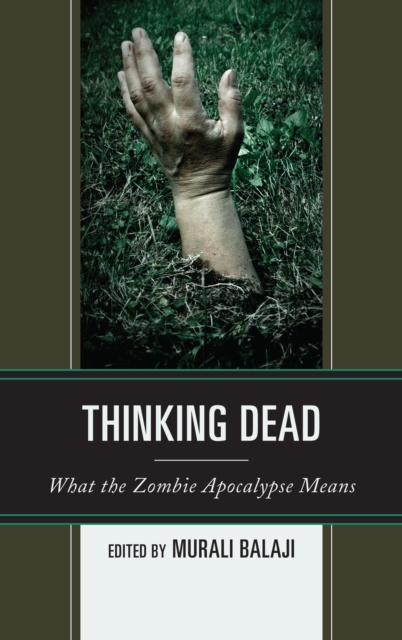 Zombies are everywhere these days. We are consuming zombies as much as they are said to be consuming us in mediated apocalyptic scenarios on popular television shows, video game franchises and movies.

The "zombie industry" generates billions a year through media texts and other cultural manifestations (zombie races and zombie-themed parks, to name a few).

Zombies, like vampires, werewolves, witches and wizards, have become both big dollars for cultural producers and the subject of audience fascination and fetishization.

With popular television shows such as AMC's The Walking Dead (based on the popular graphic novel) and movie franchises such as the ones pioneered by George Romero, global fascination with zombies does not show signs of diminishing. In The Thinking Dead: What the Zombie Apocalypse Means, edited by Murali Balaji, scholars ask why our culture has becomes so fascinated by the zombie apocalypse.

Essays address this question from a range of theoretical perspectives that tie our consumption of zombies to larger narratives of race, gender, sexuality, politics, economics and the end of the world.

Thinking Dead brings together an array of media and cultural studies scholars whose contributions to understanding our obsession with zombies will far outlast the current trends of zombie popularity.