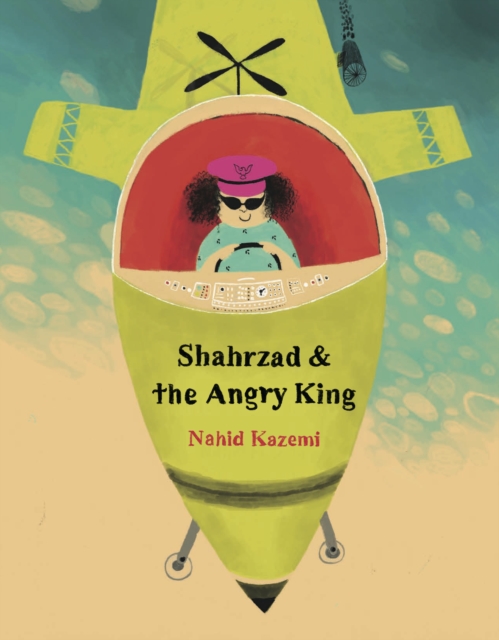 Shahrzad and the Angry King Hardback

A rebel dreamer of a girl daydreams about her role in making the world a better place-and since dreams bleed into reality, maybe she really does. Shahrzad and the Angry King is a contemporary reimagining of the Scheherazade tale, starring scooter-riding, story-loving Shahrzad.

Shahrzad loves stories and looks for them everywhere.

When she meets a boy and asks him to tell her his story, he recounts fleeing a country that was peaceful and happy, until its grieving king grew angry and cruel.

Shahrzad can't forget the boy and his story, and so, when she sees a toy airplane in a store, she imagines herself zooming off to the boy's home country, where she confronts the king, to make him reflect on the kind of leader he really wants to be.

Like Scheherazade, she tells the king story after story, but this time not to save her own life, but those of the king's people and his own. Because Shahrzad knows the power of the creative imagination and that the stories we tell and the words we use shape our very existence.

We live and die by the sword? Not exactly, says Shahrzad. We live or die by the stories we tell and how we see, frame, and word the world.

Brought to life by Iranian artist Nahid Kazemi, this bold heroine reminds us of how powerfully intertwined reality is with the stories we tell.