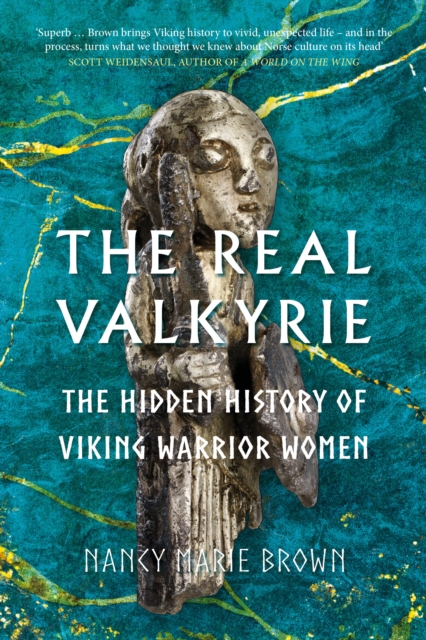 In 2017, DNA tests revealed to the collective shock of many scholars that a Viking warrior in a high-status grave in Birka, Sweden, was actually a woman.

The Real Valkyrie weaves together archaeology, history and literature to reinvent her life and times, showing that Viking women had more power and agency than historians have imagined.

Nancy Marie Brown links the Birka warrior, whom she names Hervor, to Viking trading towns and to their great trade route east to Byzantium and beyond.

She imagines Hervor's adventures intersecting with larger-than-life but real women, including Queen Gunnhild Mother-of-Kings, the Viking leader known as the Red Girl, and Queen Olga of Kyiv.

Hervor's short, dramatic life shows that much of what we have taken as truth about women in the Viking Age is based not on data but on nineteenth-century Victorian biases.

Rather than holding the household keys, Viking women in history, the sagas, poetry and myth carry weapons.

In this compelling narrative, Brown brings the world of those valkyries and shield-maids to vivid life.