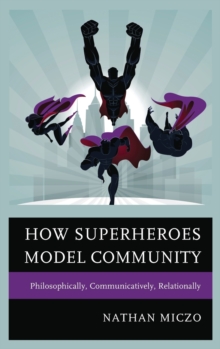 From the perspectives of positive psychology and positive communication, superheroes are often depicted as possessing virtues and serving as inspirational exemplars.

However, many of the virtues enumerated as characterizing the superhero (e.g., courage, teamwork, creativity) could just as easily be applied to heroes of other genres.

To understand what is unique to the superhero genre, How Superheroes Model Community: Philosophically, Communicatively, Relationally looks not only to the virtues that animate them, but also to the underlying moral framework that gives meaning to those virtues.

The key to understanding their character is that often they save strangers, and they do so in the public sphere.

The superhero's moral framework, therefore, must encompass both the motivation to act to benefit others rather than themselves (especially people to whom they have no relational obligation) and to preserve the public sphere against those who would disrupt it.

Given such a framework, Nathan Miczo argues that superheroes are not, and could not, be loners.

Social constructionist approaches in the communication field argue that communication, in part, works to shape and create our social reality.

Through this lens, Miczo proposes that superheroes maintain themselves as a community through the communicative practices they engage in. 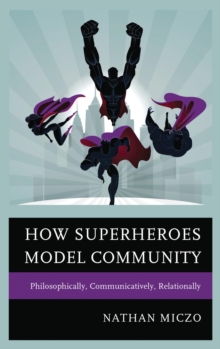