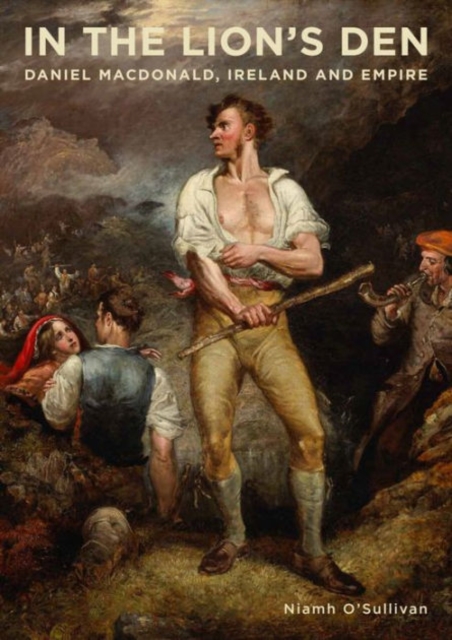 In 1847, in the British Institution, there hung a harrowing painting 'An Irish Peasant Family Discovering the Blight of their Store', the first and the last known contemporaneous painting of the Great Irish Famine.

The painter was Daniel Macdonald (1820-1853), a young Irish artist recently arrived in London.Niamh O'Sullivan's fascinating book reveals compelling new subtexts to the work of Macdonald and re-establishes him as a painter of national importance; it also sheds original light on the social and visual culture of Ireland in the years leading up to and including the Famine.

Themes rarely visited by Irish artists - rural agitation, superstition and folkore, as well as aspects of the national character - were given spirited treatment by Macdonald who insinuated such subject matter in to the salons of metropolitan London, to venues distinctly hostile to Irish poverty, hunger and violence.Simultaneously courted by the aristocracy, and loyal to his roots in Cork, his responses to the conditions in which he grew up, and became an artist of distinction, have not been told before.Macdonald is the subject of an exhibition in Ireland's Great Hunger Museum (January 20 through April 17, 2016), and is undergoing a major re-evaluation as an artist. This critical biography is essential reading for anyone interested in Irish art and history.