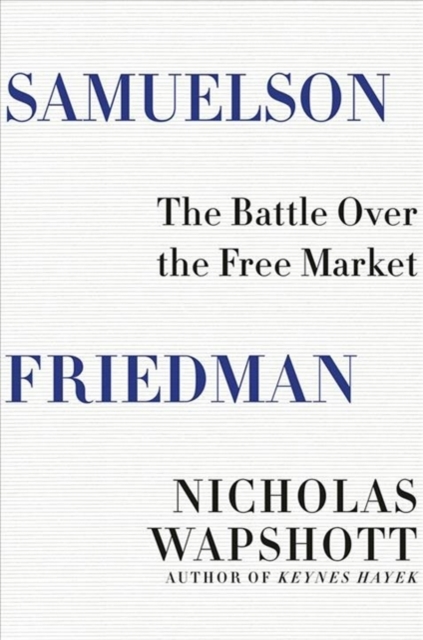 Samuelson Friedman : The Battle Over the Free Market Hardback

In 1966 two columnists joined Newsweek magazine. Their assignment: debate the world of business and economics.

Paul Samuelson was a towering figure in Keynesian economics, which supported the management of the economy along lines prescribed by John Maynard Keynes's General Theory.

Milton Friedman, little known at that time outside conservative academic circles, championed "monetarism" and insisted the Federal Reserve maintain tight control over the amount of money circulating in the economy. In the nimble hands of author and journalist Nicholas Wapshott, Samuelson and Friedman's decades-long argument becomes a window through which to view one of the longest periods of economic turmoil in the United States.

As the soaring economy of the 1950s gave way to decades stalked by declining prosperity and "stagflation", it was a time when the theory and practice of economics became the preoccupation of politicians and the focus of national debate.

It is an argument that continues today.