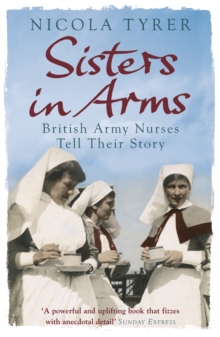 Thousands of middle-class girls, barely out of school, were plucked from sheltered backgrounds, subjected to training regimes unimaginably tough by today's standards, and sent forth to share the harsh conditions of the fighting services.

They had to deal with the most appalling suffering, yet most found reserves of inner strength that carried them through episodes of unrelieved horror. Over 200 nurses died, torpedoed in hospital ships, bombed in field hospitals or murdered in Japanese prison camps.

Dozens won medals for gallantry. From the beaches of Dunkirk, to Singapore and D-Day, they saw it all.

Whether tending burned pilots from the Battle of Britain or improvising medical treatment in Japanese death camps, their dedication was second to none.

This is their story.