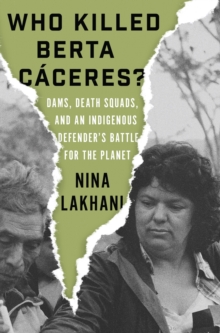 Who Killed Berta Caceres? : Dams, Death Squads, and an Indigenous Defender's Battle for the Planet EPUB

The very first time Honduran environmental activist Berta Caceres met the writer Nina Lakhani, Caceres said, "The army has an assassination list with my name at the top. I want to live, but in this country there is total impunity. When they want to kill me, they will do it." In 2015, Caceres won the Goldman Prize, the world's most prestigous environmental award, for her leadership of indigenous organisations against illegal logging and the construction of four giant dams. The next year she was murdered. Lakhani tracked CÃ ceresâ€™s remarkable career in the face of years of threatsâ€”two fellow environmental campaigners were killed before herâ€”and the journalist also endured threats and harassment herself. She was the only foreign journalist to attend the 2018 trial of CÃ ceresâ€™s killers, where security officials of the dam builders were found guilty of orchestrating her murder. Many questions about who ordered the killing remain. Drawing on years of familiarity with CÃ ceres, her family, and her movement, as well as interviews with company and government officials, Lakhani paints an intimate portrait of a remarkable woman as well as a state beholden to both corporate control and US power.