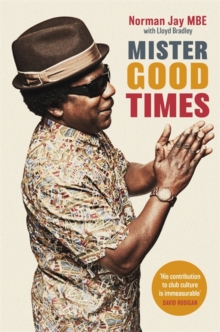 THE ENTHRALLING LIFE STORY OF THE LEGENDARY DJ, NORMAN JAY MBE 'Norman Jay's contribution to club culture is immeasurable . . . He brought new life to undiscovered classics and in doing so turned on a whole new generation' David Rodigan'Full of the heart and spirit Norman Jay brings to his music, but it also offers a salutary account of growing up as part of the Windrush generation in London's Notting Hill, the violence and racism he faced, and his success' ObserverMister Good Times is the enthralling story of a black kid growing up in a (largely white) working class world; of vivid, often violent experiences on the football terraces; of the emerging club scene growing out of a melting pot of styles; of how Jay, with his contemporaries, took the music of Black America, gave it a distinctly London twist, and used the marriage of styles to forge a hugely successful career as a trailblazing DJ and broadcaster, becoming an inspiration to a whole generation of dance music fans, black and white, without ever compromising his integrity. Along the way are tales of adventures across the country following Spurs; of Northern Soul nights, warehouse parties and illegal raves; of sound systems, the good and bad times of the Notting Hill carnival, the heady days of pirate radio, Rare Groove and the burgeoning British dance music scene. Mister Good Times is the story of a man who has lived his life on his own terms, helping to define a new British culture. 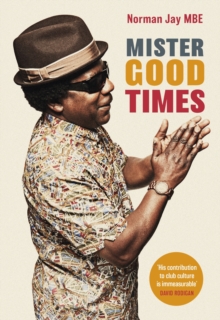