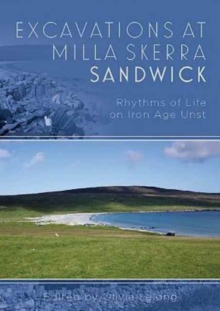 During the late 1st millennium BC into the early 1st millennium AD, the small island of Unst in the far north of the Shetland (and British) Isles was home to well-established and connected farming and fishing communities.

The Iron Age settlement at Milla Skerra was occupied for at least 500 years before it was covered with storm-blown sand and abandoned. Although part of it had been lost to the sea, excavation revealed many details of the life of the settlement and how it was reused over many generations.

From the middle of the 1st millennium BC people were constructing stone-walled yards and filling them with hearth waste and midden material.

Later inhabitants built a house on top, with a paved floor and successive hearths, and more domestic rubbish accumulated inside it.

Outside were new yards and workshops for crafts and metalworking, which were remodelled several times.

The buildings fell into disrepair and became a dumping ground for domestic waste until the 2nd or 3rd century AD, when sand buried the settlement.

Within a few generations, a man was buried beside the ruins along with some striking objects.

Thousands of artefacts and environmental remains from Milla Skerra reveal the everyday practices and seasonal rhythms of the people that lived in this windswept and remote island settlement and their connections to both land and sea.