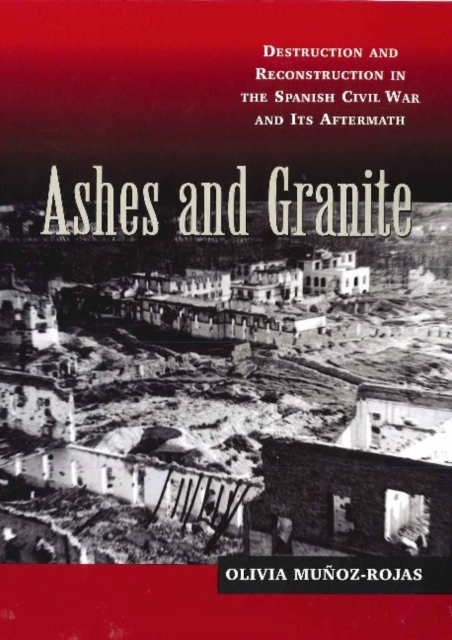 Olivia Munoz-Rojas critically examines the wartime destruction and post-war rebuilding of three prominent sites in Madrid, Bilbao and Barcelona in the Spanish Civil War and its aftermath.

Each case highlights different dimensions of the material impact of the conflict, the practical challenges of reconstruction and the symbolic uses of the two processes by the winning side.

The books reveals aspects of the Spanish Civil War and the evolution of the Franco regime from an original and fruitful angle as well as more general insights into the topic of wartime destruction and post-war reconstruction of cities.

The title -- Ashes and Granite -- aims to capture, visually and texturally, on the one hand, the damage caused by the war and, on the other, the Franco regimes concept of the ideal Hispanic construction material.

Written from an interdisciplinary perspective at the intersection of urban and political history and theory, planning and architecture, the book draws largely on unpublished archival material. Key features of the Franco regimes rebuilding programme are considered, such as the priority given to rural reconstruction and the persistent search for a national architectural style.

The case of Madrid centres on the failure of the Falanges ambitious plans for a neo-imperial capital as illustrative of the regimes gradual shift from state planning to privately driven urban development.

The case of Bilbao focuses on the reconstruction of the bridges of the city to demonstrate how, occasionally, the regime managed to turn destruction and reconstruction into opportunities for successfully marking the beginning of what was perceived as a new era in Spains history.

Finally, the opening of Avenida de la Catedral in Barcelona exemplifies how wartime destruction sometimes facilitated the implementation of controversial planning, acting as a catalyst for urban redevelopment.

Moreover, the opening of the avenue contributed to the disclosure of the ancient Roman city-wall, allowing the regime to appropriate the ancient legacy symbolically.

Published in association with the Canada Blanch Centre for Contemporary Spanish Studies.