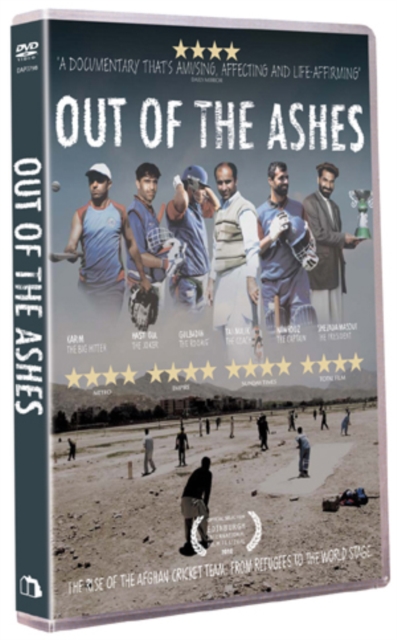 Out of the Ashes DVD

British filmmakers Tim Albone and Lucy Martens direct this documentary following the Afghan cricket team in its bid to qualify for the 2011 World Cup.

Executive-produced by film director and cricket fan Sam Mendes, the film follows the squad, led by the indefatigable Taj Malik, over a two-year period as it goes from training sessions on bombed-out rubble sites in wartorn Afghanistan to travelling the world to participate in World Cup qualifiers.